We're back on the mat! Please observe our social distancing guidelines Click here for more information!

When two elementary students decided to do the unthinkable: break the children’s cardinal rule and – CUT IN LINE – Zane LeDoux, taught his classmates and teachers that he’s a cut above the rest. His response even unmasked a teachable moment for teachers. In the blink of an eye, the 2nd Grader, inherently ‘went live’ as a partner in learning.

Known as a kid who does things the right way, Zane’s reserved demeanor and mellow voice made him a key target for being bullied.

Utter discord struck in music class as John Doe and Jack Doe cut ahead of Zane.  When Zane resisted by telling them they’re not allowed break the rule, an argument ensued and John crescendoed with verbal tension – an intimidation strategy used to attempt to silence him.   Zane practiced what’s been preached…actions that would move him in the right direction.

He upheld the calm, I-don’t-want-to-fight-disposition that his instructors at Tiger-Rock Martial Arts of Bridge City encourage their students to do, as a first-line-of-defense.   Yet, Zane stood firm, spoke confidently and refused to bow to intimidation. Angry at the Tiger-Rock martial artist’s steadfast resilience, John Doe escalated his attack by throwing a wide-and-wild fist to strike him.  Not today! Again, John hit a wall, as Zane goes live with the self-defense skills he learned at Tiger-Rock.   He ducked and blocked the strike while succeeding to land a punch to John’s torso.  Now, facing the agony of defeat, John’s hostility heightened. He then, imposed a flagrant violation…he pierced his teeth through Zane’s shirt and bit him on the arm.

In an effort to mask his guilt, John fled and told a teacher that Zane hit him.  The teacher discouraged Zane when she dismissed his side of the story, ruled in favor of John and expelled Zane from music class. So, the do-things-the-right-way kid, complied to her directive without further dispute.  Though he knew he had a right to defend himself, he maintained self-control and humility amidst both her refusal to hear his truth and the expulsion.

Zane’s mom and dad beamed with joy at his bravery and character. The values instilled by his parents which are mirrored by the principles of Tiger-Rock Martial Arts taught him to be humble and to honor and respect others – especially adults and teachers.

Zane LeDoux, an impromptu unconventional Partner in Learning, conducted himself with such honor and humility that he inspired an energy of courage and integrity among his classmates.  One of the worst names a kid can be (#) tagged is a tattletale.  But a student who witnessed it all, cared more about the truth than being mocked. She reported the incident to her homeroom teacher who further probed, and found that the reported attack on Zane was corroborated by other classmates.  Their courage and integrity was music to the ears of Mr. and Mrs. LeDoux.  It ushered harmony to Zane and his parents because it overturned the disciplinary action against him.

The unjustifiable expulsion issued to Zane gave R15E to a teach-the-teacher-moment.  It influenced them to go beyond simply hearing, to more importantly, listening…to all students.   It challenged one to recognize that all voices are not created equal but should be equally heard.  It demonstrated that loudness, eagerness, and outspokenness does not always equate to integrity.

For the 2nd graders and their teachers, the curriculum for the day was transformational and [Tiger] rock-solid.  Teachers learned to R15E above bias, to recognize and honor every voice and respond to issues with proper solutions.  Classmates selflessly chose principle over popularity, which ultimately transformed Zane’s school record.  John and Jack would encounter a surprise specials class – receiving a life-skills lesson in which they’d learn to respect others, follow rules, and to not bite off more than they can chew.  And Zane, was head of the class.

If you would like to learn more about life skills, self-defense, R15E or Partners in Learning, please contact Tiger Rock Martial Arts of Bridge City at (409) 920-1462 or visit trmatexas.com. 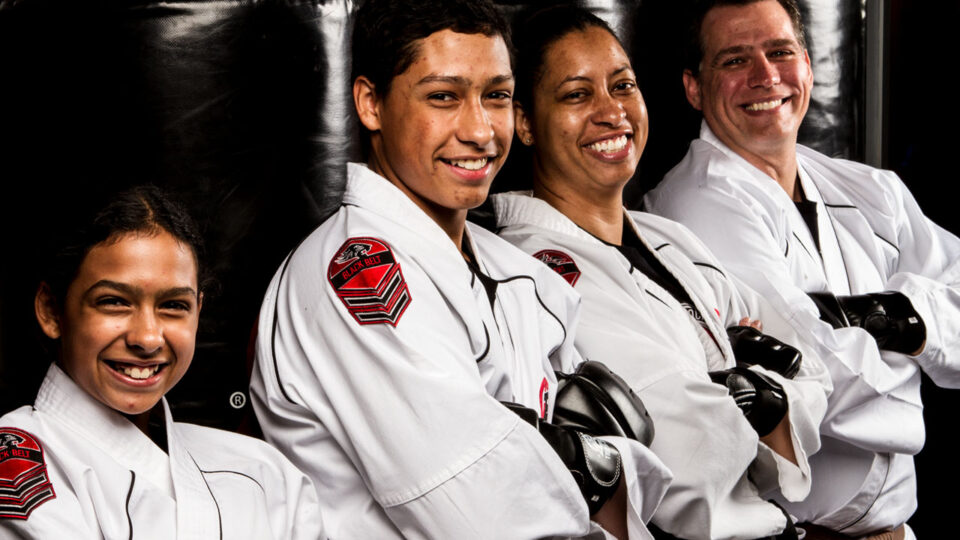 Interested in learning more about Tiger-Rock? Ready to begin your transformation?